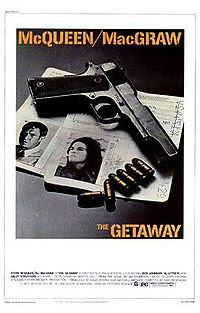 Sam Peckinpah knew how to tell a story. He really knew how to entertain, not just with plentiful dollops of action and violence, but also how to impress film critics because he had wonderful insights into the human condition and the way society and bureaucracies work. At his best, Peckinpah's films worked equally at both a visceral and cerebral level. Movies like Ride the High Country(1962), Major Dundee(1965), The Wild Bunch(1968), The Ballad of Cable Hogue(1970), Straw Dogs(1971), Junior Bonner(1972), Cross of Iron(1977) and even the shrill, high-strung, eccentric Bring Me the Head of Alfredo Garcia (1974), are a guilty pleasure for some, but masterpieces of film making craft to me. Forever forced to compromise by the Hollywood oligarchs who ran the old school system, Peckinpah made three total dogs in The Killer Elite(1975), The Osterman Weekend(1982) and the hugely successful at th box-office Convoy(1978), all executed in a coke and booze-filled stupor. Nobody had his work messed with by studio hacks more than Sad Sam. Indeed, anyone who knows their Hollywood lore, surely wonders if the the crazed depressive auteur played by Richard Mulligan in Blake Edwards' black comedy masterpiece S.O.B.(1981), isn't actually based on Peckinpah. Excuse me if you think I'm exaggerating or overstating my case, but I urge anyone who is truly curious as to how misunderstood and underrated his work really was  to compare the hacked-up studio version of Pat Garrett & Billy the Kid(1973) to the more recently released Director's Cut which has over 95 minutes-worth of extra footage added to the film. The movie now makes complete narrative sense, versus the original release in which the 'plot' made no sense whatsoever.
Based on a novel by Jim Thompson and adapted for the screen by Walter Hill, The Getaway(1972) stars Steve McQueen and Al McGraw, Al Lettieri and Sally Struthers, along with some of Peckinpah's stable of character actor favorites, Ben Johnson, Jack Dodson, Bo Hopkins, Dub Taylor and Slim Pickens. If you're of a certain age, Mr. Man's Man, Steve McQueen--He of the rawboned, wiry frame, piercing blue eyes and the closed-mouth-uttering-few-words persona, was the penultimate in cool machismo. Brave, quiet and strong, once he became a star, he was very picky about the work he did in The Magnificent Seven(1960), The Great Escape(1963), The Cincinnati Kid(1965), The Thomas Crown Affair(1968), and Bullitt(1968).

Peckinpah and McQueen had been friends for years. Tightly knit already as young actors in New York City and Hollywood, McQueen benefitted when Peckinpah became head writer and sometimes the director of his first T.V. show as a lead Wanted Dead or Alive. Having helped Peckinpah get the job as director of The Cincinatti Kid, McQueen had threatened to quit the film when the ever ultra-sensitive Peckinpah was fired a month into shooting after arguing with the producers over the script. It wasn't quite a man love affair up there with John Ford and John Wayne, but McQueen and Peckinpah understood each other well.

Costarring with McQueen was the incredibly beautiful Ali McGraw. A big star at that moment in time because Love Story had been a huge box-office hit, MacGraw became instantly enamored with sexy boy McQueen, abandoning her movie producer husband, Robert Evans, and giving up the chance to star in two other fine films from 1974, Chinatown and The Great Gatsby. Gossip-mongering aside, I only mention this because, clearly, there was a lot of tension on the set, sexual and otherwise, and it shows in the movie
The film begins at a Texas prison, the focus clearly on one inmate in particular, the zen-calm Carter 'Doc' McCoy (McQueen), who's serving his fourth year of a ten-year stretch for bank robbery. Denied parole, Doc cuts a deal with a corrupt, politically powerful local Sheriff Jack Banyon (Johnson), who conveniently happens to be a member of the prison parole board. The deal involves McCoy pulling a one-shot bank job for Banyon.

Sprung and reunited with his wife, Carol(McGraw), McCoy's meticulous planning goes well and nets the robbers a large amount of cash. Unfortunately, a couple of the robbery crew were hand-picked by Banyon and the double-cross is in. McCoy is savvy enough to have pre-prepared for any betrayal, however. Still, even the ultra-cautious, competent McCoy is shocked to find out that a part of the devil's bargain he hadn't counted on was Banyon sleeping with his wife. Betrayal leads to betrayal, but love still conquers all. McCoy and Carol, after surviving a couple of assassination attempts, go on the run, headed for the Mexican border in El Paso with the money, all the while avoiding capture by the authorities. At the same time, with McCoy's face plastered all over the news, they are chased by Banyon's trigger-happy gang of sociopathic thugs.
What takes the film beyond the usual clichéd kind of heist movie are the peripheral adventures the McCoys' have as a result of being on the run. First there's a brilliant Hitchcockian tension set in motion when Carol is relieved of her bag full of money at a railway station by a bait-and-switch con man who runs away with the case, getting away on the first train he can find. Followed by McQueen, he is quietly hunted down on the packed train and then, just as he opens the case and finds the robbery booty, gets knocked unconscious. It's a brilliant bit of business. Peckinpah at his very best.
At the same time, the most evil robbery crew member Rudy(Al Lettieri), who has been shot by McQueen in an earlier post-robbery attempt to steal the heist money, keeps checking into the fast-running action every now and again. He escapes McQueen and hides out at a doctor's house, proceeding to practice a kind of bully-and-kiss Stockholm syndrome seduction of the physician's venal, horny wife (Sally Struthers). It's pretty kinky stuff as the wounded Rudy is attended to by the frightened doctor and then proceeds to have sex with his wife in front of him. Can this be little Gloria from All in the Family?Again, as with Charlton Heston in Major Dundee, the underrated Peckinpah was brilliant at pulling stunning performances out of underutilized studio and television hacks.
Later, after avoiding numerous traps and ambushes, Doc and Carol hide in a dumpster just as--conveniently or maybe not--a monster garbage truck empties them into its mechanical maw and carries their crushed bodies for miles to a giant trash heap. After the truck leaves they emerge from a pile in the dump like maggots pushing up for air out of a rotted fruit. This is yet another visually brilliant bit of Peckinpah business, a perfect amalgam of storytelling choreographed by Peckinpah's direction, Hill's deft script and the marvelous eye of cinematographer Lucian Ballard which help raise the stake of the film's narrative way beyond the usual mundane crime caper.
Over the years, many of the critics have questioned MacGraw's acting abilities, but the truth is that--as with Jack Nicholson--sharing the screen with McQueen is a thankless task for any actor of either gender. There are not many women in his movies who hold their own next to the sphinx-like macho star, save perhaps Faye Dunaway in The Thomas Crown Affair and Suzanne Pleshette in Nevada Smith. The lone chick on the set of a hard-drinking, dope-smoking boys' club, McGraw does rather well. Her little girl's voice may grate on the nerves, especially when she's the young Jewish Princess in Goodbye Columbus (1969), but, by the time she starred as the aging Jewish princess in Just Tell Me What You Want (1979), she had learned her craft and was able to hold her own in a town full of McQueen wannabes. Ten years in Los Angeles, hunh?

McGraw is fine in The Getaway. The contrast between the beautiful Choate/Wellesley educated Jewess actor/model and her macho, pot-headed, dour American-Scot of a costar, state-raised in Kansas orphanages, dyslexic and lacking in all but the most rudimentary education, is a massive one. Yet it works very clearly on screen. There really are sparks between them. It's a very uncomfortable moment for a modern audience when, after finding out that she's been unfaithful to him with Sheriff Banyon, he slaps her around a bit, but the truth is it works. It's a moment of passion and needs to be viewed in the context of the time it was made, rather than ill-judged in an out of context way as a piece of bad P.C.
The critic Roger Ebert describes Sam Peckinpah's The Getaway as "a big, glossy, impersonal mechanical toy." But I think that's why I like it. Peckinpah's movies are ultimately all about the same damned thing. Peckinpah's heroes have a clear set of values, morals and ideals. They always go to war with a corrupted universe and rarely, if ever, win. In that sense, the movie dares to veer away from Peckinpah's usual trope of the good guy dying in slow motion after a series of betrayals. In this one, the good guy, albeit a recidivist criminal, gets away with the stolen money and the girl. Good entertaining stuff.

And, last, but not least: Be sure to avoid the Alec Baldwin/Kim Basinger remake at all costs!!!
Posted by Ivor Irwin at 11:48 AM
Labels: Film Reviews